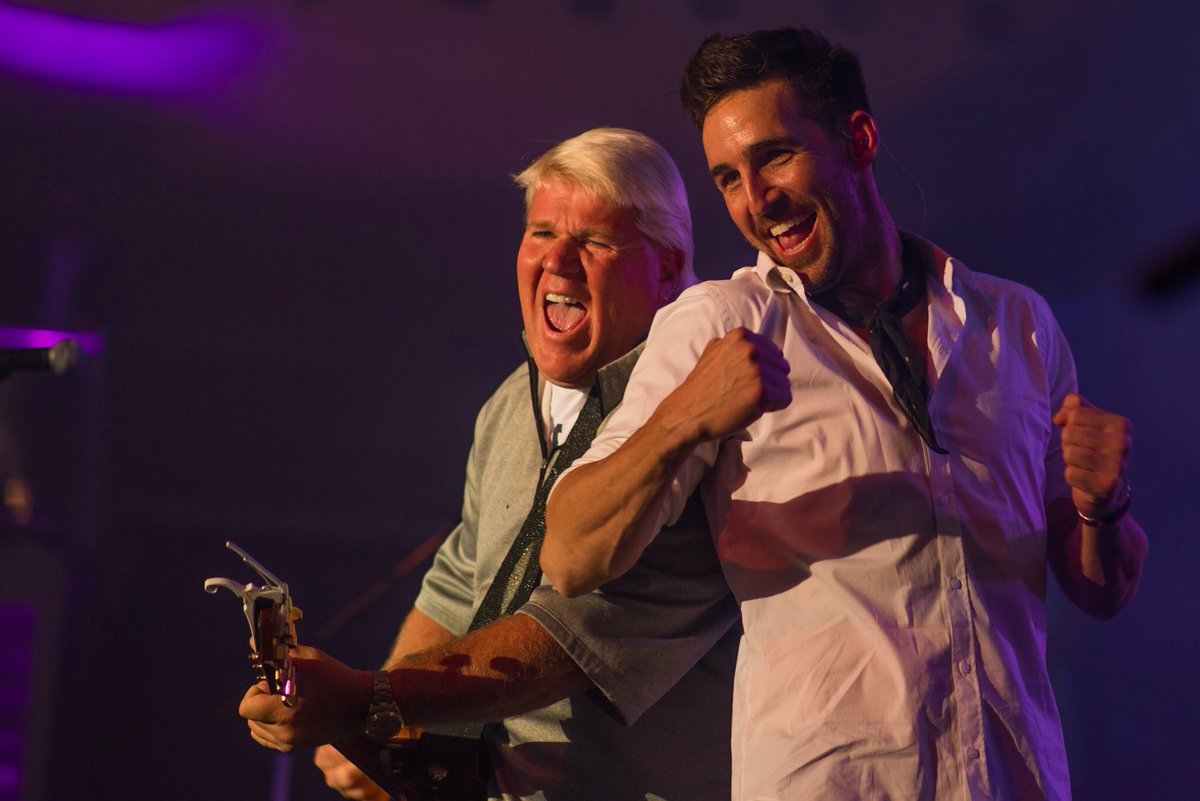 Harvick, who is currently in second place in the NASCAR Cup Series standings, is looking to add another NASCAR Championship to his stellar resume this season. The 2014 NASCAR Champion has 44 career NASCAR Cup Series wins, including seven so far in 2018. Harvick is also an avid golfer and often spends his time off the track at charity events and working with the Kevin Harvick Foundation.

Daly, a fan favorite who currently competes in PGA TOUR Champions events, is known for his powerful drives off the tee. Daly was the first player on the PGA TOUR to average more than 300 yards per drive for a full season, earning him the nickname “Long John”. He won the PGA Championship during his rookie season in 1991, one of his five titles on the PGA TOUR.

Owen, a longtime golfer who made his Web.com Tour debut in Nashville earlier this year, is excited to get back on the golf course with Harvick and Daly at his annual benefit. “Kevin and John are great guys who support our mission of helping children in need” said Owen. “So many people come together to make this entire weekend happen and I’m grateful they are both taking time out of their schedules to be part of the event.”

Owen kicks off the weekend with An Evening with Jake presented by Dale Sorensen Real Estate, a private VIP reception and performance at the Vero Beach Country Club on Friday, December 7. The dinner event includes an auction and a special intimate performance from Owen. Teams for the Hale Groves Indian River County Grapefruit Golf Pro-Am Invitational and tickets for the VIP event are sold out, however limited sponsorship packages are available for both by calling 561.394.9190.

The highlight of the weekend for thousands of country music fans will be when Owen hits the big stage at the Indian River County Fairgrounds on Saturday, December 8, for the Jake Owen Foundation Benefit Concert. The benefit concert will be the final stop on Owen’s 2018 “Life's Whatcha Make It” Tour. Owen will be joined by the legendary Joe Diffie, chart-topping country star Chris Lane and platinum-selling country breakout artist Morgan Wallen. Gates open at 4:00 p.m., with the concert set to begin at 5:00 p.m.

package includes eight reserved premier seats in the first 10 rows, a listing on the sponsor board and a limited-edition Jake Owen Foundation t-shirt for $1,200.

For more information on the Jake Owen Foundation, please visit www.jakeowenfoundation.org. For sponsorship opportunities and VIP packages, contact Michele Cope at 561.394.9190 or via email at [email protected]