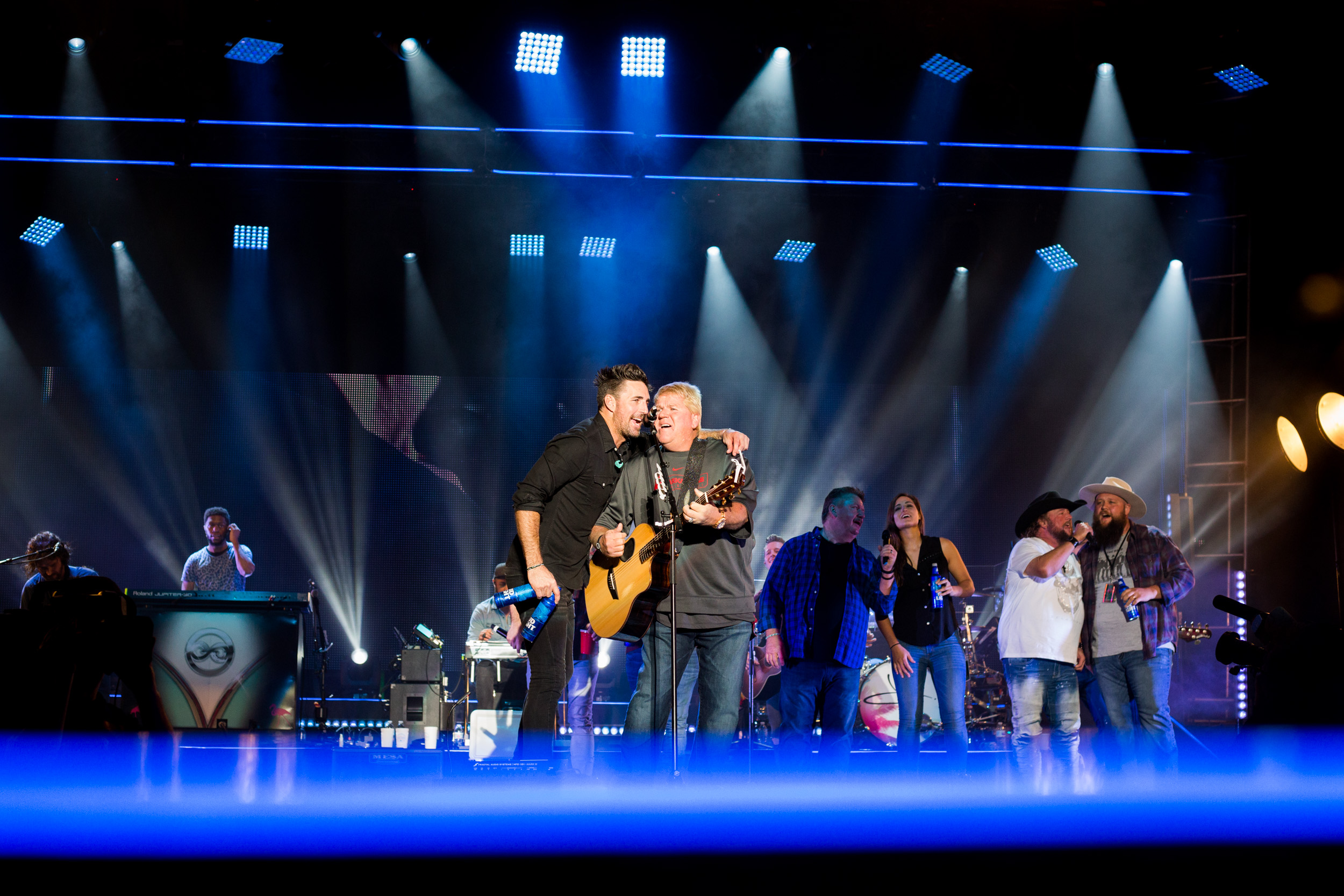 The weekend was capped off with a star-studded concert on Saturday evening as more than 4,600 fans turned out to watch country music superstar Jake Owen and fellow country artists Joe Diffie, Chris Lane, Morgan Wallen and Colt Ford take the stage at the Indian River County Fairgrounds in Owen’s hometown.

The three days of giving back also included three other sold out events - a pro-am golf tournament featuring PGA star John Daly and NASCAR champion Kevin Harvick; a new event – a singer/songwriter happy hour showcasing the rising talents of Angie Keilhauer and Larry Fleet; and “An Evening with Jake”, a VIP reception with an intimate performance by Owen who was joined onstage by many of the other celebrity guests.

One highlight of the concert performances on both Friday and Saturday evening was golf champion Daly crossing over to the country music world to sing and play guitar, winning over music fans with a rousing rendition of “Knocking on Heaven’s Door”.

Auctions at both the Hale Groves Indian River County Grapefruit Golf Pro-Am Invitational Tournament and “An Evening with Jake” VIPReception & Performance presented by Dale Sorensen Real Estate raised thousands of dollars, topped by a VIP package donated by Harvick for the 2019 Coke Zero Sugar 400 race in Daytona. When bidding reached $14,000, Harvick donated a second auction package to bring in $28,000 for the charity.

The Champion for Arnold’s Kids package, which includes access to one of golf’s most popular events with VIP credentials, an invitation to the tournament draw/cocktail party and foursome in the pro-am tournament, brought in a $25,000 donation. Champion for Arnold’s Kids is a precursor to the Arnold Palmer Invitational at the Bay Hill Championship Course in Orlando, Fla. At Friday’s VIP reception, Owen jumped onstage during the live auction to play an iconic McPherson guitar which then sold for $13,000.

Steve Owen, Vice President of the Jake Owen Foundation and Vero Beach resident, said that the Foundation is still totaling all the donations and plans to announce the total and program beneficiaries shortly. In addition to St. Jude Children’s Research Hospital, the funds raised will also stay in the area to benefit a number of Indian River County programs. “Our mission is to help people in the place they call home, so there’s nothing better for all of us than to support programs here in our own community,” he said. “We could not do this without the incredible commitment of the Vero Beach and Indian River County community and businesses who step up every time to give back.”

For Jake Owen, the event was an opportunity to return to his hometown and see many familiar faces who came out to support the Foundation. “This weekend was off the charts,” he said. “It’s always great to be home again in Vero and I’m so grateful to everyone who gave their time, money and talents to be part of a very special event. Everyone had a great time but most importantly, we will be able to provide some much-needed funding to programs for kids in need.”

Owen’s annual charity event has a successful history of increasing awareness and raising funds to assist youth nationwide through St. Jude Children’s Research Hospital, and in Indian River County through the Boys & Girls Club of Indian River County and other local charities. Today, the Jake Owen Foundation has expanded its mission of helping people in the places they call home while supporting the beneficiaries who have been a part of the Foundation since its inception.

Kimpton Vero Beach Hotel & Spa was the host hotel for the weekend, including the Singer/Songwriter Happy Hour at Heaton’s Reef. The Vero Beach Country Club was the host venue for both the VIP event and golf tournament.